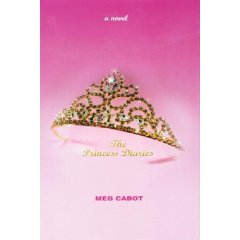 so odd. i blogged about this book a couple of days ago and it never showed up. perhaps the network was down or some other technical difficulties ensued. so for all of you who think i just can't count, i really did finish and write about this book before the murder mystery. i'm actually blogging now because i'm trying to escape the friends trivia going on in the next room. i'm a philistine, i know, but i really do not enjoy that show. i praised god when it ended, but then all the stupid talk shows and magazines ran specials about it for so long i felt i couldn't ever escape the world of six pretty yet brainless young professionals. honestly, could their be more vapid people or plots. and it's not even that clever, like seinfeld or the simpsons are. i guess the ten years it ran did define most of my formative years, and i think our society is the worst for it. my high school role models were these people: shallow and promiscuous with nothing better to do than sit around in a coffee shop and complain about their insignificant lives.

now that i've gotten that completely snobbish rant off my chest, on to the princess diaries. i really enjoyed this book. i saw the movie several years ago, but anne encouraged me to read them. they are so funny! much more so than the movies. mia reminds me of a younger and more innocent bridget jones. i found myself continually identifying with her hilarious mishaps as she navigated her freshman year of high school. i was sad, however, to learn that in the original the setting is new york. i think new york is a bit over-rated, and like san francisco much better. anyhoo, i enjoyed walking with mia through her first two months of high school. i guess i'll have to read some more to see what happens next, as not all that much happened. lilly was ridiculous as mia's best friend, and exactly the kind of weirdo i would like to be. i must work on getting my own tv show. okay, think it's time to read. i am in the middle of three books, i should be able to post again soon!

You have an outstanding good and well structured site. I enjoyed browsing through it » » »