Book 8: Dracula: A Biography of Vlad the Impaler 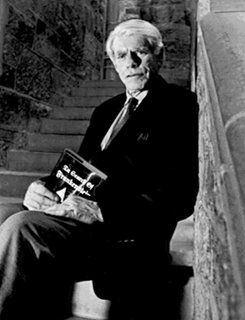 So I'm a total geek. I think I've shared that with you, my enthusiastic readership, in a previous post. I have a degree in history and never tired of the subject. So i rekindled my interest in Dracula, the original flame being started by Francis Ford Coppola's movie out when I was in junior high. See book number whatever, the Historian, about Dracula. I saw a history channel program about a month ago that interviewed one of the authors of this book, Radu Florescu, and decided to try his book. Very interesting. The authors, one Romanian, the other American, both professors somewhere in Boston, examine Dracula's early years, his foreign policy and three reigns as prince of Wallachia (actually not Transylvania) and of course, the journey from simply sadistic medieval prince to infamous vampire. I learned quite a bit about him, sadly it's less sensational than Bram Stoker would have us believe. I still would very much enjoy one day traveling to Romania and seeing these mysterious places. I say mysterious because Dracula isn't really in his grave; maybe the author of the Historian was correct, and he really is still walking among us. Cool. Did I mention before that I have always had a taste for the macabre?

One thing, slightly serious, that reading this book did make me think, was about our own culture of violence. Vlad Dracula was a cruel dude. He impaled lots of people, not leaving out women, children, or the elderly. We in our more civilized frames of mind are appalled by his use of terror and punishment as an instrument of government. The authors point out that such violence against subjects wasn't all that uncommon, and to the Romanian people Dracula is a national hero rather than an evil spirit. But is our culture really any different? Sure, we don't impale people, but look at the ways violence has crept into our entertainment and our mindsets. I just had a conversation with a guy about M-16's and AK-47's. Why do I know about machine guns? Quentin Tarantino films constantly draw huge audiences and rake in tons of money at the box office. Why are his movies so popular? The last couple (Hostel, the Kill Bills) are pretty much people getting hacked up into gross bits. This isn't a form of government, it's not punishing our national enemies who threaten our safety, it's social commentary, it's fun, it's entertainment. Somehow I think that's not so great, not so civilized. So that's what I think.

Want to know something weird? I'm not really into vampires, but there are a lot of crazy people out there who are. I was looking for a picture of this book, unsuccessfully I might add, and only found one of Radu Florescu. I did find lots of vampire sites, most of which I'm scared to explore. But the main point of this book is that DRACULA, THE HISTORICAL FIGURE, WASN'T REALLY A VAMPIRE. I think I like Gary Oldman better than the real guy.

Comments:
If you want something thought provoking about violence watch the movie Lord of War. It was very interesting.