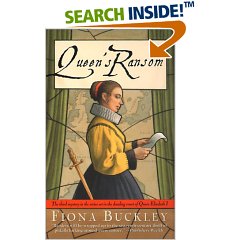 so, another murder mystery book, in the series about ursula blanchard. just a note of interest...i'm blogging from super anne's library. while i'm not loving this computer, the rest of the experience is all too heady. it's much bigger than the stow one which i most often frequent. industrial and functional, this library could use some more decorative touches, but it seems to have quite a selection. awesome. i love libraries!

on to the book. it was okay. i think i have been reading so many of these silly books that my brain is beginning to hurt. the pain is not from comprehensive difficulty, rather it's protesting drivel. this one in particular, was difficult because of the numerous sub-plots. i never quite understood what was going on, nor did i want to. anyhoo, i am going to make more of an effort to read better books. ha. think i'll have to use anne's computer at home to put up a picture. drat.